Continuing the opening chapter from The Ashes of Home, Shayla realizes something is wrong with the air in her room. Someone has released a drug intended to knock her out but she held her breath at the first taste.

Shayla stumbled forwards a couple of steps, feigning the effects of the drug. Two figures stood to one side in servants’ robes. Barras and Gingallia? No, these couldn’t be her servants. They were still standing and any innocent party breathing this air would be comatose by now. Instead, these two imposters moved with stealth and menacing purpose. One behind Shayla, cut off her escape, the other between her and the doors leading out to the balcony and sitting room to her right, the only other ways out of her suite.

As I mentioned last time, I’m still looking for one or two more beta readers for The Ashes of Home. I’m looking for people who can provide honest opinions and suggestions on things like plot, structure, and characters - in other words, how does this hang together as a story? Is it a compelling read, and if not, what’s missing?

If you are interested, please drop me a note either in the comments or through my contact page. Please include an email address I can reach you at, an idea of when you think you could finish by, and also what I could do for you in return.

I've been dithering about whether or not to post anything this weekend, but over lunch, Ali & I just reminisced yet again what a year it's been for celebrity deaths. It's hard not to notice the growing number of posts on social media cataloguing the loss of talent this year. It's something I noticed and posted about all the way back in February, and the trend has continued throughout the year.

This conversation finally prompted me to write a brief post, because I know some readers here are dealing with losses and hardships of their own.

I would like to hope everyone had a joyful and peaceful Christmas, but I know reality to be different.

So I would like to spare a thought for those whose Christmas has not been the time of joy it's supposed to be. I hope you at least have friends and family close by, and the strength to see you through the hard times. May you all find peace in your own time and place.

Continuing the opening chapter from The Ashes of Home, Shayla realizes something is wrong with the air in her room.

Ambushed! In my own fucking bedchamber! Shayla pushed aside the annoyance. Questions of who and how could wait. The first priority was survival.

Time slowed as Shayla’s mind kicked into overdrive. The thump of her heartbeat in her ears doled out the seconds of her life. Peritax was not a poison, it would just leave her helpless. It dispersed and broke down quickly, which meant someone was nearby to release it and to finish the job. Whatever that might be.

I am looking for a small number of beta readers for The Ashes of Home. I'm looking for people who can provide honest opinions and suggestions on things like plot, structure, and characters - in other words, how does this hang together as a story? Is it a compelling read, and if not, what’s missing?

Although this is a sequel, you don’t need to have read Ghosts of Innocence. In fact it would be good to hear from people who have and who haven’t, to see how this works both as a sequel and as a standalone read.

If you are interested, please drop me a note either in the comments or through my contact page. Please include an email address I can reach you at, an idea of when you think you could finish by, and also what I could do for you in return.
Posted by Botanist at 12:06 PM 17 comments:

I thought the madness would die down once the election was over. How naive of me. The news these days seems to reach new heights of silliness daily with no end in sight, but on the basis that you gotta laugh or else you'll cry, here's something that made me smile this week... 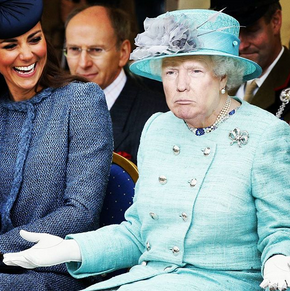 Email ThisBlogThis!Share to TwitterShare to FacebookShare to Pinterest
Labels: Life. Don't talk to me about life

It’s been a while since I took part in WWW. Since my last such post in August, I finished the draft of The Ashes of Home and have gone through several rounds of editing. As I’m getting ready for more in-depth critiquing I thought I’d put up some posts from the opening chapter...

‘Hope springs eternal’ the ancient saying goes, but you need more than hope on your side when death comes knocking. Shayla Carver, master assassin (retired) and first governor of the Freeworld of Eloon, enjoyed more security than any ordinary paranoid could possibly hope for.

Any ordinary paranoid would be dead by now.

The official security measures handled casual bounty hunters and the merely competent. The most serious threats she relied on her own senses and training to deal with. Her airways clamped shut instinctively at the first salt-sweet taste on her tongue. Years of assassin training identified the airborne drug immediately. Peritax. A small dose would knock her out in seconds.

I know it’s been a while, and even then my last post was hardly startling, but I’m not one to apologize for my absence. I blog when I have something to say, I don’t when I don’t, that’s it :)

November kicked off with a work trip to Ottawa. I really wasn’t looking forward to the hassle of traveling, especially after such a tiring October, but it all worked out well in the end.

This was my first experience of long-haul (roughly six hours in the air) domestic flights over here so I didn’t really know what to expect. Compound that with the multiple connecting legs (two outbound, three return) and what looked like ridiculously short intervals on the ground in between, and it all felt rather daunting. But it turned out to be easy. Bag checked through to final destination, so it was just a matter of hopping from gate to gate to the next flight. Then there’s the never-ending entertainment of carry-on Tetris as passengers rearrange the overhead lockers to find space for their multiple ridiculously oversized bags.

I was there for a three-day project workshop, a collaboration between the federal government and multiple provinces. It was good to meet folks from elsewhere in the same line of business.

In between times there was a little bit of time for a stroll around Parliament Hill, and as a bonus I even managed to visit the public gallery while a debate was in progress. 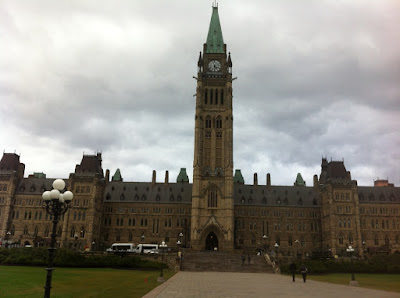 Megan finished football this month, which she is sad about. As this is her final year she discovered the sport rather late, and wished she’d thought to try it out sooner. The school team hasn’t been going long and isn’t rated as particularly good. They are so short of senior players they have to bring in some of the juniors to make up numbers, but they reached the play-offs which nobody expected. They got beaten by the one unbeaten team in the league, which was understandable, but it could have gone either way until the home crowd turned nasty and intimidated the heck out of the players in a very unsporting display. That was a disappointing end to an otherwise enjoyable season. 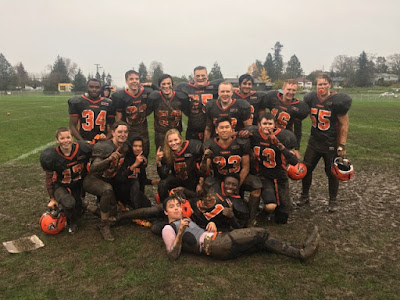 Yes, that's our Megan in the middle

This month I organized a Movember team in our office, and found we had a couple of new hires who were very enthusiastic fundraisers. Between us all we raised over $3,000, which was a spectacular result.

And of course I’ve been working on the latest novel. A hard copy went with me to Ottawa and whiled away the hours of travel. For once, I’m actually enjoying the editing process, although it has not yet been subjected to any independent critique. That stage will come soon.