A new project for a new year

With the Critique Survival Guide now out in the wild, it’s time to turn to new horizons. I can finally get back to a project I’ve been longing to work on for ages - a sequel to Ghosts of Innocence.

I keep a small document where I summarize progress of projects through various stages of production. It was a shock to see that it’s been over six years since I last looked at this one. I had started it, drafted some scenes, made some notes, then set it aside to polish and publish Ghosts, then write and publish Tiamat’s Nest.

This is an exciting stage of a book. At the moment I have a lot of scattered characters and events but only the vaguest sense of direction. Looking back on my old notes I’m refreshing my memory on loads of ideas and plot twists I’d completely forgotten about, which is a strange feeling. At the same time I realize the whole story badly needs a strong boot up the ass. The high level plot and conclusion had always felt weak to me, which is one reason I set it to one side all those years ago, but I’ve now got some ideas on how to up the stakes to a more satisfying level. 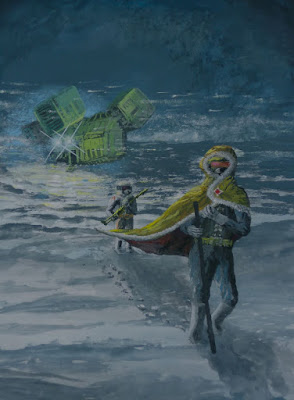 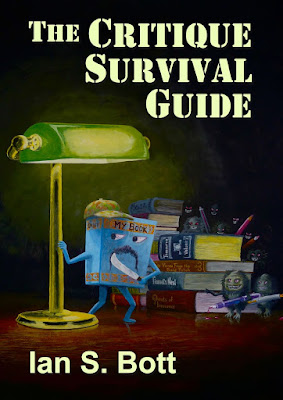 Right now it’s available in all popular formats (Kindle, Nook, Apple etc.) on Smashwords, and is finding its way out to other online stores.

It’s also up on Amazon but they don’t allow for free books so it’s priced 99 cents (the minimum I can set there). Apparently if enough people report that it’s available free elsewhere Amazon might get around to price matching in their stores. I would welcome some help there (hint, hint)
Posted by Botanist at 6:23 PM 12 comments:

*Peers out from under rock*  Is it safe to come out yet?

I don’t do New Year resolutions, and I’m not usually one for reminiscing on the year just gone, so I generally leave the blogging stage to those who like to do either or both at this time of year.

In my recent blog visits, I saw a lot of people talking about goals. This is not a post about my goals, but about goals themselves.

We hear a lot of advice about goals. Everyone says you need to set goals. If you don’t, how do you know when you’ve succeeded?

True enough. Trouble is, goals are tricky little beasts. Done right, they can motivate - which is the whole point. But done badly they can easily have the opposite effect. A poorly-considered goal can leave you feeling crushed and defeated.

No, I’m not going to start talking about SMART goals because that’s been done to death by people far more able than me. Instead, here are a few Alka-Seltzers for those January hangovers of missed targets and failed resolutions...

Some people see an impossible goal as a challenge, something to conquer. For these heroic folks, a really way-out sheer cliff face of a goal towering impossibly overhead will inspire them to efforts beyond their wildest dreams. For others, it will just give them a nosebleed.

Where do you see yourself? Choose level of difficulty accordingly.

Look beyond the goal to the outcome:

A goal is just a means to an end, not the end itself. So, maybe your goal is to write every day. 15 minutes? A thousand words? A chapter? It doesn’t matter, that’s a measurable goal you can tell easily whether or not you’re hitting it. For some people that is enough. But if goals as such don’t inspire you then lift your sights and ask yourself why you set that goal. What is it leading to? To have the first draft of your novel by June? To have four books of a series published before you retire from the day job? To develop writing as a habit so you can overcome writer’s block more easily? If the goal itself starts feeling like drudgery, one foot in front of the other, then focus on the light on the horizon instead.

This is good for inspiration, but more fundamentally, if you have a goal but haven’t a clue what it’s leading to, then what’s the point of the goal?

Choose goals that support your outcomes:

Related to the previous point, a goal should support the eventual outcome and not lead you away from it.

Some examples are ridiculously obvious. If your eventual aim is to finish that first draft of your novel, then setting yourself a goal of spending more time on Facebook is unlikely to get you there. Instead, setting aside an hour a day for writing sounds more like a good idea. That only works if that hour is actually used for writing. And for writing your novel. It does no good if you spend that “writing” time on endless research, or drafting and redrafting the same chapter, or writing blog posts.

For whose benefit are you setting goals? Who’s in charge of your life? Goals are meant to challenge you to succeed, but they are not meant to rule your life.

On the one hand, goals that are too tough, or that become unachievable as a result of unrelated events in your life, will crush you if you cling to them too tightly. Yes, they should stretch and challenge you, but not to the detriment of your health and sanity.

On the other hand, goals that are too easy will hold you back - the opposite of their purpose - if you just keep plugging away at them regardless just because that’s your goal.

Recognize when goals aren’t working and know when it’s time to revise them. Remember who’s boss.

Sitting at home nursing a cold. Probably didn’t do myself any favors struggling into work yesterday, but I was stubbornly determined not to kick off 2016 on sick leave even though I’ve been fighting off this darned bug since Friday.

I don’t know why, but I usually feel much better after a morning’s sleep (why can’t the overnight variety work the same wonders?) and am now foraging.

We love leftovers in this household, but this time of year especially ’Tis the Season of Leftovers.

Yes, the Christmas turkey did its traditional triple-duty, reincarnating itself with fries and salad, then as turkey noodle soup, but that’s long gone.

The remains of the New Year’s Eve Chinese vanished the following day (that never lasts long) and it looks like Ali’s taken the last of the chicken curry I cooked on Saturday. I always go out of my way to do extra these days. Should have done one more portion. Oh well...

The New Year’s Day ham reprised turkey’s act - fries and salad, then soup. There’s still ham and potato soup left but that is doing nothing for my taste buds right now.

Aha, a little bit of ham left over for sandwiches.

Screw sandwiches! Ham, egg and potato patties it is.