And apparently all her friends are also convinced I’m a spy.

Seems it stemmed from her being consistently unable to tell her friends what I do for a living. And I can understand her difficulty because, apart from my job title (Director of Application Management) I find it hard to describe what I actually do.

This has always been a problem, when we used to have more regular family dinners and rounds of “what did you do today”. Trying to describe what I did today in a way that would make sense to anyone is nigh-on impossible without sending everyone to sleep. I blogged about this a few years ago here.

That was a typical day back then. Things are not often as hectic now, but still hard to wrap your head around unless you understand the IT world, so my stock answer to that dinnertime question has always been “meetings”.

As a result, this sense of mystery evolved into speculation that I must be involved in something clandestine for the government, and speculation that we moved from England to Canada because we had to flee the country in secret.

I guess it doesn’t help that all her friends also know I write stories about undercover agents, assassins, and plots and intrigues. How would I know all that stuff unless I was a spy? Hint: I don’t, it’s all a big bluff!

Still, it came as a bit of a shock to think that she honestly thought her balding, middle-aged daddy, cultivating a food baby, might have a dark secret life.

And I almost think she was serious, too!

Email ThisBlogThis!Share to TwitterShare to FacebookShare to Pinterest
Labels: Life in general, The day job

Last week I took a one-day introduction to Agile. As an approach to writing software, Agile has been around for years, but it seems to be becoming the norm now that more tools are out there to support the approach with automated testing and deployment.

Our division is running full tilt into this new world, hence the introductory training.

The software world grew from an esoteric art form and, in an effort to mature its practices, has traditionally treated itself like an engineering discipline - hence “software engineering”. It borrowed practices from the engineering world, where things like bridges and buildings can be planned out to the Nth degree before a single concrete piling is poured.

This works very well for buildings and bridges. People have been building them for millennia, and the principles and materials in use are well understood. It is perfectly practical to design a structure on paper, and be confident that the end result will be built according to plan.

The trouble with applying that thinking to software, is that the world is still young, and the principles are poorly understood, and new ideas (new building materials) are being constantly invented.

Worse, people have lived with buildings and bridges for thousands of years and pretty much know what they do and what they want from them. Software, on the other hand, is constantly opening up new horizons and new ways for people to interact. And that world is expanding at an exponential rate.

So, the engineering approach to software suffers from two fatal assumptions. That it’s reasonable to expect people to know in advance what they want, and that the world won’t change beyond recognition while you’re in the middle of delivering the product. These assumptions work well for bridges and buildings. Software blows them both out the water.

Agile sidesteps these assumptions by using an exploratory approach to software development. The overall goal should be understood, but how you get there will evolve as you start building, start showing some results, and get feedback to guide you. Rather than everything being planned out up front, what you do now ... what avenues you explore ... will educate you better on what works and what doesn’t and will guide what you do next.

As I sat through the day, I realized that this closely mirrors my own approach to writing. I do start with a goal in mind, but with no idea how I’m going to get there.

What I learn from what I write (or where I get stuck) will inform where I go next. I don’t start at the beginning and plow through to the end, I find the story structure emerges as I try out scenes and get to understand the story better. I hop around picking the next section to attack, and priorities will change as things get fleshed out. The whole writing process for me is an exploration and a learning activity.

It shares a lot of characteristics with this Agile approach to software that I have to learn to manage. Maybe there’s hope for this old dinosaur yet.

Email ThisBlogThis!Share to TwitterShare to FacebookShare to Pinterest
Labels: The day job, Writing

We finally purchased Avengers Infinity War and sat down to watch it this weekend. The outcome left me feeling deeply dissatisfied, despite the stellar settings and special effects.

Doing some research now, I see it was originally titled Infinity War - Part 1, but sometime during production of the movie they decided to shorten the title. The former would have been more honest and would have set reasonable expectations, because as it is I was expecting a complete story with a satisfying ending like all the other Marvel movies so far.

On its own, which is the only way I knew to view it at the time, the movie does indeed conclude on a natural ending point, but in doing so it kinda breaks an essential contract of trust with the viewer.

Yes, I’m upset that some (actually a lot of) good characters die. It finished on a serious down note with the bad guy winning when you expect the good guys to win somehow. On its own, that is not a problem.

When I analyzed things after the fact from a writer’s perspective, I realized that the lack of satisfaction for me was that I spent two hours watching something that, in the end, was not a story!

To me, a story involves someone reaching a goal after overcoming seemingly insurmountable obstacles. It involves people facing impossible choices with no good outcome, that have you biting your nails wondering which way they’ll go. It involves twists that take your breath away, wondering where the heck that came from.

The overwhelming odds were against the Avengers, not Thanos, as you would expect. He had it easy, and he succeeded. If the baddie is going to win then they need to face significant obstacles too. Yes, Thanos faced a painful choice when it came to the soul stone, but given his single-minded obsession with his quest there was never even a shadow of doubt about what he would do. And various sub-plots like dealing with the mind stone in Vision’s head were hardly obstacles or twists, they felt like artificial padding to ramp up suspense with no emotional payback at the end. The stone is exceedingly difficult to extract safely. They fail to extract it. In the real world that is all ... well, duh! But stories are supposed to take us out of the real world and deliver a satisfying emotional experience.

To summarize: The party with all the power and all the advantages methodically achieves a series of objectives and successfully reaches his final goal. That is not a story, it’s a project report.

Email ThisBlogThis!Share to TwitterShare to FacebookShare to Pinterest
Labels: Life in general, Rants 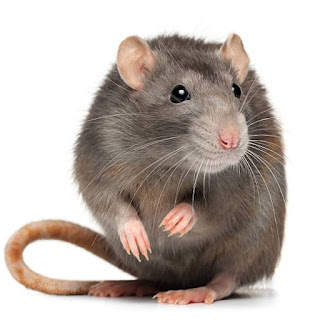 It’s only 6:30 on a Sunday morning, a time I’m not usually around to see, but already it’s been a hectic two hours.

Winding back the clock a bit, we’ve recently returned from our usual summer camping trip. Except it wasn’t quite the usual as for the first time Megan wasn’t with us. She’s started work and decided to stay behind at home this year. Cue excuse for a party in our absence. Consider ourselves lucky to still have a house to come back to ...

While we were away she called to say she was sure Loki (an aptly named cat) had brought in a rat.

She’d seen it that evening scuttling across the living room.

OK. Not a lot we can do about that, and we heard nothing more about it.

Yesterday morning I got up to find droppings on the countertop and around the sink. Yes, Watson, we do have a rodent problem. Yesterday evening, about to get ready for bed, Luna (another cat, and just as dippy as Loki) was very interested in something behind the television stand. Ali spotted a pair of eyes peering out at her. Sighting confirmed, the rat zipped out from behind the stand and along the fireplace.

After lots of moving furniture and pictures around, but no further sightings, we retire.

A cat is stalking across the bed, waking me up. I hear nothing, but on a hunch switch on the light to find Luna peering down behind my nightstand. Pull nightstand away to see rat huddling down in the gap.

Quick search for rat-trapping implements ... sticks, pokers, fishing nets, wellington boot ... OK, never tried that with a rat before, but we’ve had repeated success putting a wellington boot on its side for mice to scuttle into when we flush them out of hiding.

But ratty was having none of the boot. Despite my best efforts to coax him in that direction he squeezed the other way and under the bed. A second later there was a scrabbling streak of grey along the ledge that runs the far side of the room towards the back slider.

There followed a fruitless half hour search around the furniture and curtains at that end of the room, but he’d gone to ground again.

Back to restless sleep, then cue a repeat performance. Cats going mental by my nightstand. Lights on. Yes, he’s there again. Out from the nightstand, under Ali’s dresser. Flush out from there, under the couch. We open the slider wide hoping to chase him out the house. The cats are not helping at this point, scaring him back into the room rather than out, so they get shut away. Couch to nightstand to dresser again, then into the far corner by my chest of drawers via Ali’s foot and the front of my dressing gown. Damn, but he’s fast!

A lot of shifting things around and removing clutter from the floor, we try to give him a clear run to the door. Flush him out again and he runs to the open door ... and up the curtains! He’s now on top of the curtain pole at one end. I grab a stick and twice head him off from running along the pole back to the ledge, while Ali tries to knock him off his perch. Finally he jumps down and out the back door!

Way too late to go back to bed. Time for a cup of tea, and hope he doesn’t find his way back in!