Meanwhile, back in the Real World

I'll post about the Writing World another time, but today it's time to take a breather from all that and talk about the Real World.

Seems like July is nearly over before it's begun. Canada Day feels like a mere blink of an eye in the past. Ali and I found our usual spot to watch the Sidney parade, where we've been every year since we moved here in 2005 (when not actually taking part in some way or another).

The sporadic and heavy rains that had characterized the year so far stopped at the end of June, and we've had unbroken summer all July. I just hope it remembers to hang around for August, when we're taking our usual camping vacation!

We got an exceptionally early delivery of firewood this year... 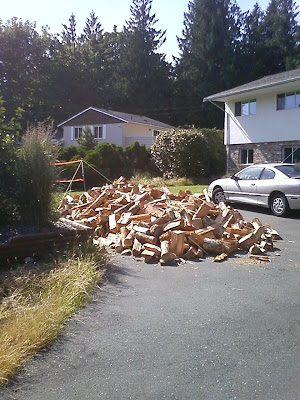 This is now all stacked away ready for winter. One less job to worry about later on.

The blitz on all things botanical that I talked about in May has withered in the heat. Battle will be resumed when things cool down again.

With Megan getting ready to go off soon for three weeks on a Guides international jamboree, I took a couple of days off work to make an extra-long family weekend.

On Thursday, we packed up the propane barbecue and a picnic and headed off to French Beach. 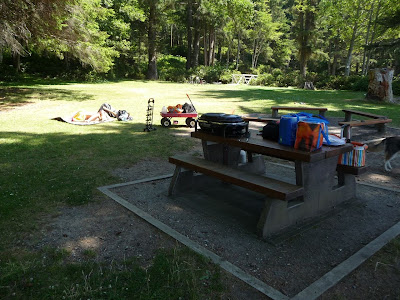 Note for future reference, although the sun was out, there's always a strong and chill wind coming off the Pacific. We sunbathed for a bit, played bocce on the grass, then the kids wrapped themselves up in towels and picnic blankets to keep warm. 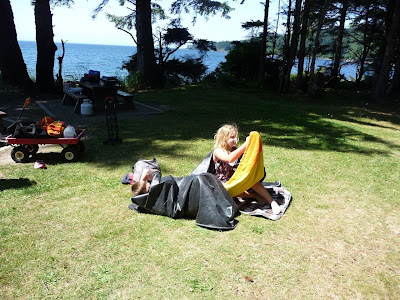 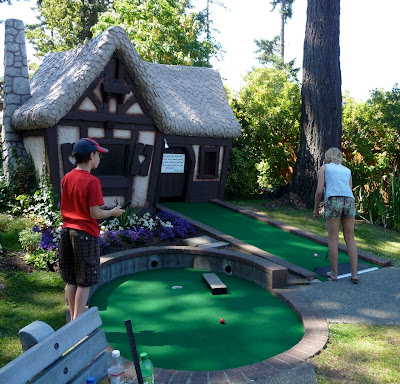 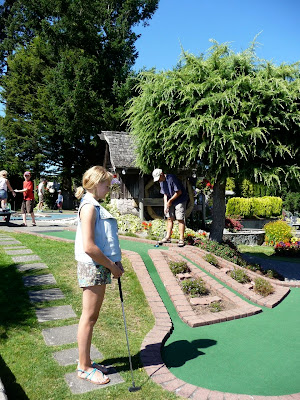 In between times, we've had long rounds of cards on the deck (did you know Uno could be so competitive?) and badminton on the front lawn. Megan and Matthew both started playing this year and are both getting good.
Posted by Botanist at 12:30 PM 9 comments:

This is a first for this blog. I've sometimes mentioned aspects of books I'm reading, more than anything to comment on how reading/publishing tastes have changed over the years, but I've always left the books themselves firmly anonymous.

I've just finished Under Heaven by Guy Gavriel Kay, and felt the need to rave about it! Only rarely do I find it so hard to put a book down, and so easy to make excuses to abandon other tasks in order to pick it up again. 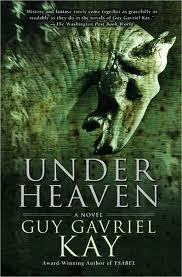 Shen Tai, mourning the death of his father General Shen Gao, pays homage by setting out to bury the bones of thousands of warriors killed in battle high up in the mountains. The site is said to be haunted, and no-one willingly ventures near there, let alone stays after dark.

During his lonely assignment, Tai is kept supplied by monthly visits from military outposts on either side of the mountains, from his own Kitan empire to the east, and from the rival Tagurans to the west. The visits are staggered so the rival soldiers never have an excuse to fight, and they are careful to leave again well before nightfall, leaving Tai to his labors and the sounds of a hundred thousand ghosts moaning outside his cabin walls.

One such visit becomes anything but ordinary, when Tai is handed a letter. While he's been cut off from the outside world, the world has nevertheless taken note of his courage and determination. The Tagurans have gifted him 250 prized Sardian horses. An extravagant fortune beyond imagining, and an unwittingly deadly tribute. Tai realizes he has no way of claiming his gift and staying in one piece.

That same day, an assassin tries to kill him. He realizes he has to abandon his labors and re-enter the cutthroat world of Imperial politics that he'd set aside while in mourning. He develops a plan to ensure he is worth more alive than dead, while he tracks down the person behind his would-be assassination and fends off the powerful factions vying to trap him and claim control of his fabled horses.

His journey takes him into the heart of the Imperial court, through a maze of intrigue, and into a cataclysmic civil war.

The novel is set in Tang dynasty China. It is classed as a fantasy, but the fantastical elements are very subtle - hints of sorcery with just enough substance impinging on the story to lift them above easily-dismissed superstition.

Throughout, Kay did a first class job of immersing me in another culture, distant in space and time and yet portrayed with such everyday detail and matter-of-factness that it felt like home.

His writing style took a bit of getting used to, with sentence structures and lengthy departures and asides that made some demands on my patience and memory. Kay delights in making teasing statements and leaving them dangling for a while before eventually circling back with an explanation. But he always does tie up the dangling ends, and once you commit yourself to his storytelling care the waits are worth it. It's a bit like re-discovering the hidden treasures of winding country roads after too long on the highway.

If you like mystery and suspense, intrigue and action, with breathless rollercoaster twists and turns, along with historical detail so vivid you can reach out and touch it, then this is a must-read.
Posted by Botanist at 4:22 PM 5 comments: