It’s a bit later in the year than planned, but Breaking the Block is finally out there.

What writer hasn’t felt the desolate emptiness of the white page, mocking, and remaining stubbornly blank? Summoning words to fill that page can, at times, be an effortless flight of creativity. At other times, it feels like mental constipation.

Writer’s block fills writers with dread because it feels impassable, something we just have to accept and wait for inspiration to strike. But we needn’t be passive victims of writer’s block. We can strike back with a combination of self-awareness and a suitable kit of tools. Breaking the Block provides a collection of approaches to keep the words flowing. 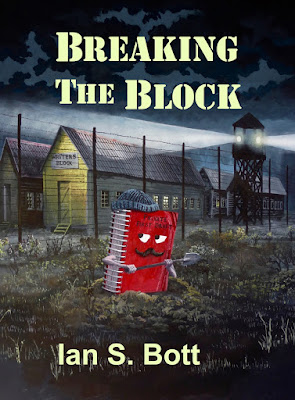 It’s available for $0.99 in all the main e-book formats and will shortly be out on all the major platforms (Kindle, Nook, Kobo, iBooks)

For the month of December, readers of this blog can also download it for free in any format from the Smashwords site, using coupon code JF47K

Email ThisBlogThis!Share to TwitterShare to FacebookShare to Pinterest
Labels: Breaking the Block, Writing

In case you’ve never heard of Movember, it’s a charity that raises funds and awareness for men’s health. They hold a fundraising drive every November, which usually involves growing moustaches.

This year, my office decided to hold a “reverse Movember”. A group of us who already had facial hair signed up, and all month people in the office placed money on the individual(s) they most wanted to see shave it all off.

I’ve taken part in Movember a couple of times before, where I started the month clean-shaven. Ali hates it! She was happy for me to enter this time - as long as I didn’t “win”.

Throughout the month, there were three or four front runners miles ahead of the rest of the pack. I thought I was safe. There was a lot of buzz and excitement in the office as the organizers counted down the last half hour of bidding. I had to go into a conference call during that time, but the overall bidding was along the same lines. It seemed to be a question of which of the top people would finish up in front, with the other ten of us lagging miles behind.

I came out of my call to find that someone had been doing some sneaky secretive collecting, and literally in the last minute dropped nearly $400 on my name! To say I was in shock was an understatement. Especially when I realized I would have to break the news to Ali. But a deal is a deal, so it had to come off!

Before - yes, I was a bit of a scruff. I normally don’t have a full beard and I keep it trimmed short. But for the occasion I let everything grow out all month. 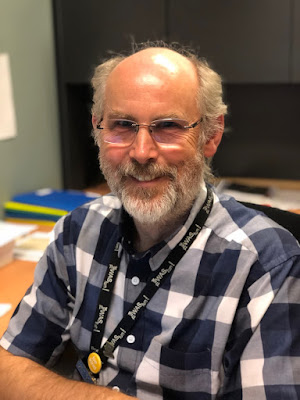 After - including a drastic haircut. 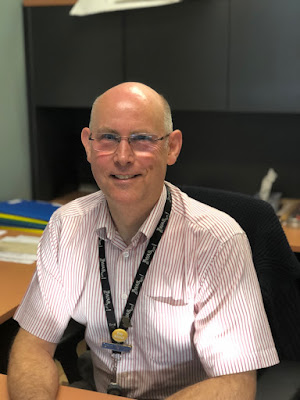