I grew moustaches and beards a couple of times in my twenties and thirties, but I’ve now had a beard continuously since 2001. Yes, I keep it trimmed - often brutally so - but it’s been a part of me for the last quarter of my life.

So it was quite a shock all round when it came off for Movember.

For those of you who may not know, Movember is a global charity aimed at improving men’s health by funding programs in areas such as prostate and testicular cancer.

My group at work has registered an official Movember team - the Service BC Sidekicks. Check out our team’s fundraising progress here: http://moteam.co/service-bc-sidekicks

Meanwhile, here is a quick view of my facial progress:

At the start of November - who said Halloween was over? 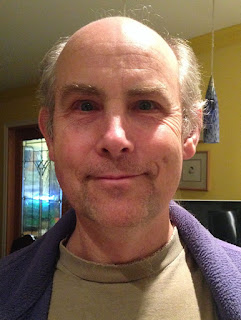 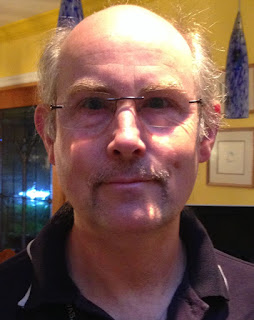 And today. Yeah, I know I look drunk. I'm not, but maybe the camera is trying to tell me something: 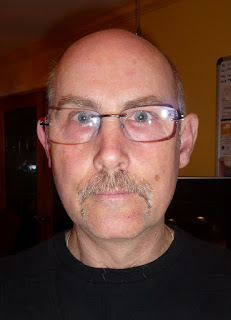 Normal service will be resumed in December.
Posted by Botanist at 6:41 PM 12 comments:

Chrys Fey is visiting today to tell us about the limited-time sale of her romantic thriller, 30 Seconds.
Take it away, Chrys... 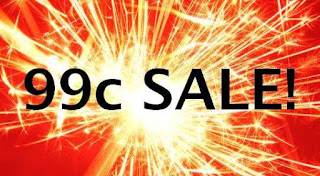 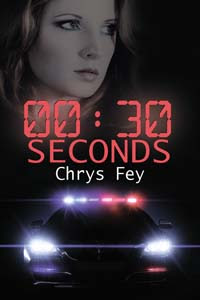 When Officer Blake Herro agreed to go undercover in the Mob, he thought he understood the risks. But he's made mistakes and now an innocent woman has become their target. He's determined to protect her at all costs.

The Mob's death threat turns Dr. Dani Hart's life upside down, but there is one danger she doesn’t anticipate. As she's dodging bullets, she's falling in love with Blake. With danger all around them, will she and Blake survive and have a happy ending, or will the Mob make good on their threat?

She had no time to react when a strong force bowled her through the doorway of her apartment, and a large hand plastered over her mouth. The man she had bumped into on the stairs had a firm grip on her as he kicked the door closed behind them. She struggled to get free, but his hold kept her back pressed against his chest.

“It’s okay. I’m a cop. My name is Blake Herro.” He hauled her into the living room. “There are six armed men coming up the stairs. We need to hide. Where can we hide?”

Her mind went blank, she even forgot about the ice cream.

“Where?” he demanded with a quick shake.

She pointed to the six-foot long, three-foot high handcrafted cedar chest she used for a coffee table. Officer Herro pulled her to it and flung open the lid.

Introduction to the Critique Survival Guide

I’m posting the draft introduction to the Critique Survival Guide.

This is all new to me, so I’m happy to hear your views on what works and what doesn’t. Yes, I will be putting this through the full critiquing wringer, but right now I’m interested in your gut reactions.

My first attempts felt dry and “preachy” so I’ve tried adding in a few sections of dialogue to help get some of the points across. The introduction starts off with dialogue then slips into exposition. My questions to you are: (1) Do you think this approach works? (2) Any suggestions for how to convey the switch to and from dialogue, especially for people viewing in an e-reader? I’m used to laying out things like this with careful use of fonts and formatting to help, but these things need to be kept to a bare minimum in an e-book.

His old friend and mentor, Sage, cocked a beady eye, twitched his tail feathers, and settled his spectacles more comfortably on his beak. “Done what?”

“What? Oh, yes. You’ve finished the first draft of your novel. Yes, well done. An admirable achievement, something indeed to be proud of. Let me see, it was a tale of love and betrayal in a Parisian boulangerie. What was it called again?”

“The Bun Almost Rises.” Ernest gave Sage a suspicious look. “You don’t seem all that impressed.”

“As I said, my hopeful young friend, completing the draft of a novel is a big step. Something most people, even those who set out as writers, never accomplish.” Sage squinted at Ernest, who clung to one end of the perch, gazing out the window up and down the street. He hooted softly to gain his friend’s attention. “So, what happens now?”

Ernest sidled to the other end of his perch, where hung a faded photo of a hammock slung between two palm trees overlooking a sun-drenched expanse of white sand and cerulean seas. His eyes took on a faraway look. “Well, it gets published, of course. I can retire from my job at the nectar factory and spend my days writing. In between book signing events and writing conventions, of course.” His gaze flickered from the window to the telephone. “And maybe the occasional speaking engagement. I’m sure I’ll be too busy for many of those, though.”

“Soohoo,” Sage hooted, “do you have a publisher then?”

“I let all the big publishers know I was about to finish.” Ernest glanced uneasily out the window once more. “They should be here any moment with advances and contracts.”

Sage sighed. “Ernest, my ambitious young friend, I think you and I need a little chat.”

The popular media has a lot to answer for. There’s a deeply-ingrained stereotype of writers, bolstered by numerous TV and movie portrayals, where rich and successful authors spend all their time doing anything but actual writing, where writer’s block is seen as a glamorous rite of passage. These shows skip the tedious bits between ‘The End’ and actual publication, the bits that in real life represent ninety percent of the effort, because they don’t make good viewing.

As a result, many writers start off, and a significant number continue, blissfully unaware that this thing we call ‘critiquing’ even exists. They may have a vague recollection of this mysterious thing called ‘editing’, that presumably happens in a back room somewhere once they’ve graciously deigned to sign up with one of the publishers tripping over each other to ply them with offers.

The reality is that writing sometimes feels like the labors of Hercules. Just when you think you’ve reached the finish line and you’re over the worst, new obstacles loom, each more intimidating than the last.

You slog through the swamps of the first draft. You write those magical words ‘The End’ and breathe a happy sigh, thinking you’ve finally mastered this writing lark.

Yes, ‘The End’ is a tremendous landmark, especially first time around, but then reality sets in and you realize you have to face the critiquing and editing jungle. You plough through it, or maybe are tempted to skirt around it, until your way is barred by the precipitous cliffs of publication. These cliffs you scale, through blood, sweat, and shredded fingernails, and finally launch yourself into the airless interplanetary void of promotion.

Out in those cold wastelands you realize it’s true. Nobody can hear you scream.

There are plenty of books and articles out there on the craft of writing, the mechanics of publication, and the arcana of promotion. Backing up to that critiquing and editing jungle, there’s endless advice on editing techniques. It’s even easy to find advice on critiquing, but mostly how to give critiques. Not so much on how to receive them and make them useful to you.

That’s where this booklet fits in.