Christmas is officially over

While folks farther east know it's winter, out here on the west coast it's been mild and perpetually damp this month, especially at the weekends.

Persistent rain and drizzle, occasionally relieved by dense fog, have stymied attempts to take down the outside lights and decorations.

Home early from work for once to find it not only still light, but dry and sunny too, and the lights are finally down and packed away and Christmas is officially over.

How's your January been? Goals and resolutions still going strong, or casualties of reality?

Shayla Carver spends a fair amount of time on board Imperial warships. Although there are only a few brief descriptions of her surroundings, I drew rough plans of the layout to guide me and to ensure inner consistency between one chapter and the next. It was these rough drawings that I fleshed out recently and posted to my website.

In doing so, I wanted to avoid the clean interior lines of Star Trek Federation ships, or the monolithic intimidating feel of Star Wars Imperial craft. Instead, I drew heavily on twentieth century naval plans to get a worked-in look and feel, steeped in the weight of history. In Shayla's time, most ships of the Imperial fleet are many centuries old.

Research included studying real plans from sources such as the excellent Anatomy of the Ship series, and seeking out online examples such as the USS Arizona. I also drew on memories of visiting HMS Belfast, moored in London. 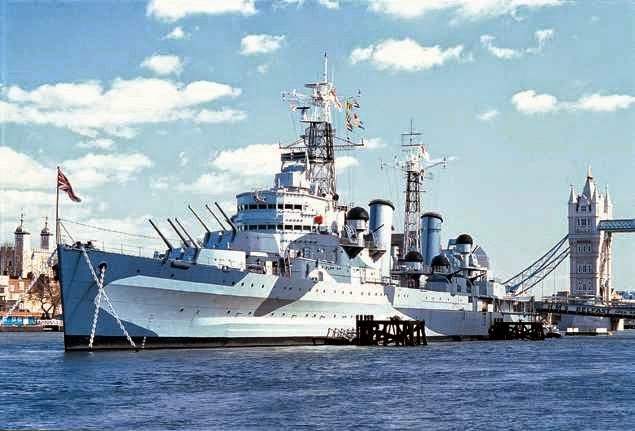 The biggest impression I get is of function over style. Whereas spaces designed for living in tend to have some visible unifying architectural themes, the internal layouts of warships are dominated by the machinery they carry. Living and working spaces are crammed in wherever they can fit, with little regard for human comfort. The end result has a rather chaotic feel to it, with no effort wasted on aesthetics. Uncompromising mechanics intrude everywhere.

Of course, the physical requirements of a warship in space are very different from those of one afloat, but the principles for me remained the same: arrange the major engineering and combat components first, then storage, and only then think about the crew.
Posted by Botanist at 6:00 AM 8 comments:

Email ThisBlogThis!Share to TwitterShare to FacebookShare to Pinterest
Labels: Ghosts of Innocence, Research

Could a human survive a fall from space?

The opening chapter of Ghosts of Innocence has Shayla ejecting from a plunging starship and entering the atmosphere in an inflatable bubble.

But there's a snag. She can traverse light years in a matter of hours and no-one will bat an eyelid, but readers might baulk at the likelihood of surviving these last few miles. So is it feasible?

The inspiration for this came from some genuine contemporary ideas for evacuating orbiting spacecraft.

I can't remember where I first heard of it, probably an article in New Scientist when they started looking at options for "lifeboats" on the ISS, but some variations of the idea go right back to the early '60s. 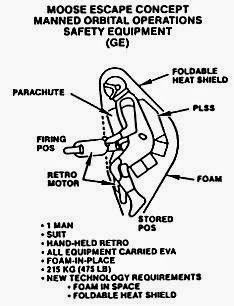 The closest to Shayla's re-entry bubble is probably MOOSE, which was a personal inflatable heat shield conceived in 1963. Various tests proved the viability of some aspects, and the thing might have stood a chance of working, but was never taken further.

In recent years, NASA has got a lot more serious about inflatable landing systems, though these are aimed more at small robotic craft than individuals.

Of course, Shayla's bubble goes far beyond today's capabilities. Light enough to fit in a small backpack, and using molecular engineering to form an airtight seal around the occupant, we haven't begun to develop materials with the necessary properties.

I also took the idea a lot further than simply landing someone in one piece. Shayla's device incorporates a lightweight shape-memory support structure that allows it to be reconfigured mid-flight into a glider wing. Researching typical paraglider sizes, I figured that a viable wing (200 to 300 sq ft) would be a similar surface area to a sphere of 7' to 8' diameter, so it was not hard to envisage suitably advanced micro-molecular engineering to allow one to transform into the other.
Posted by Botanist at 6:47 PM 8 comments:

Email ThisBlogThis!Share to TwitterShare to FacebookShare to Pinterest
Labels: Ghosts of Innocence, Research

One of the cool things about writing sci-fi is the opportunity for research.

In most genres, research means getting your facts right before someone picks you up on some inaccuracy. But where does that leave stories set far away in time and space? No-one can tell you that you made a mistake in describing your imaginary world because nobody's ever been there! And the cornerstone of speculative fiction is to imagine things that lie beyond our known world. But does that put them beyond research?

Most of the technology in Ghosts of Innocence is hugely speculative although mainstream for the genre. Most far-future stories involve some form of faster-than-light travel. Many have weapons that throw something more futuristic than crude bullets. Much of the time these miracles of technology are introduced with diversionary hand-waving and little more than a passing nod to any solid scientific foundation.

I'm as guilty of that as anyone. For FTL travel, I make a passing reference to folds in space and leave it at that, because, quite frankly, nobody cares. Just throw in enough to suspend disbelief and get on with the story. In fact, the only reason I offer any kind of rationale for my FTL drive is to lay the ground for some of its limitations that affect the plot in some way.

With all this freedom, if you can simply lay out impossible technology limited only by your imagination, where is the place for research?

Well, for starters you can't have it all your own way. No matter how far out your concepts, your readers need your world to have some inner consistency, and that takes some serious thought.

Just as important, the basis of sci-fi (and what distinguishes it from fantasy) is its roots in science. The connection may be tenuous, but it needs to be sufficiently credible to keep the reader hooked. The connection might be nothing more than some speculative theorizing about wormholes or multi-dimensions that may or may not ever be put on a firmer foundation, but there should be some traceable roots back to present day science. That means researching at least enough about science and technology to be convincing, and then stretching that knowledge as far as you can without losing your reader along the way.

The strangest thing about sci-fi, though, is that people happily accept blatant present-day impossibilities like FTL travel, or artificial gravity fields, without so much as a blink of an eye, but they get picky about smaller things. It's relatively easy to get away with big bold lies, but the closer you get to some version of recognizable reality the more demanding people get.

Like trying to plan the perfect murder, it's the little details that'll trip you up.

In future posts I'll be sharing a few things I've come across in the line of duty, but meanwhile, what cool things have you researched for your stories?

This will just be a short post, but this time of year everyone is posting about goals and resolutions and I didn't want to feel left out.

I don't do resolutions, but I do set myself goals from time to time, not necessarily at the New Year. I also believe it's important not just to set goals, but to review them, see how well I'm doing to achieve them, and make course corrections as needed.

Goals for 2014...
Goals for 2015 are pretty simple:
The last few weeks, taking a time out from writing, have reminded me how much fun I have with the visual arts, and I don't want to lose touch with that. I've finished the plans of the Implacable-class cruiser Merciless, and posted them to my web site, along with a bit of background on the ship. 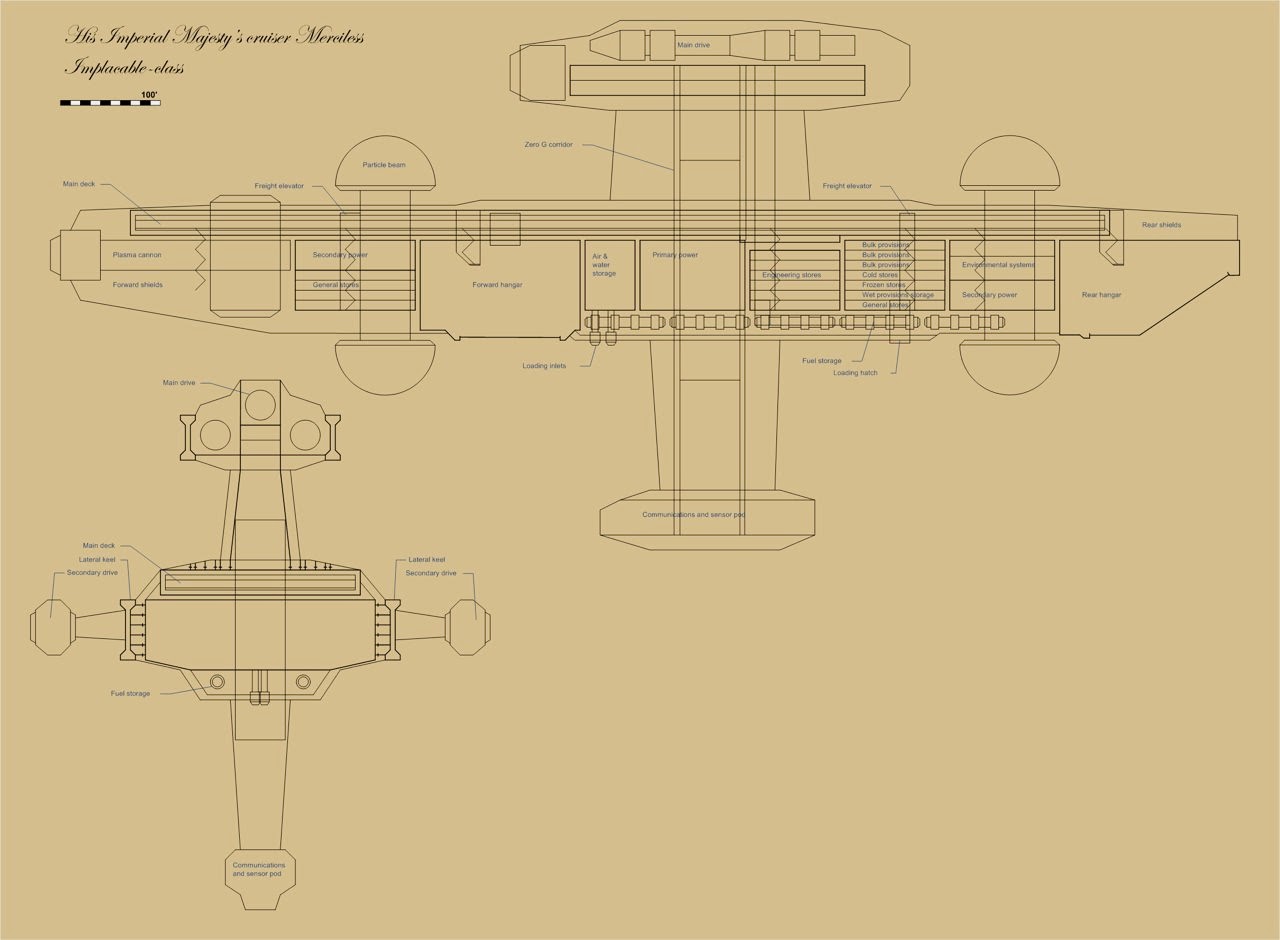 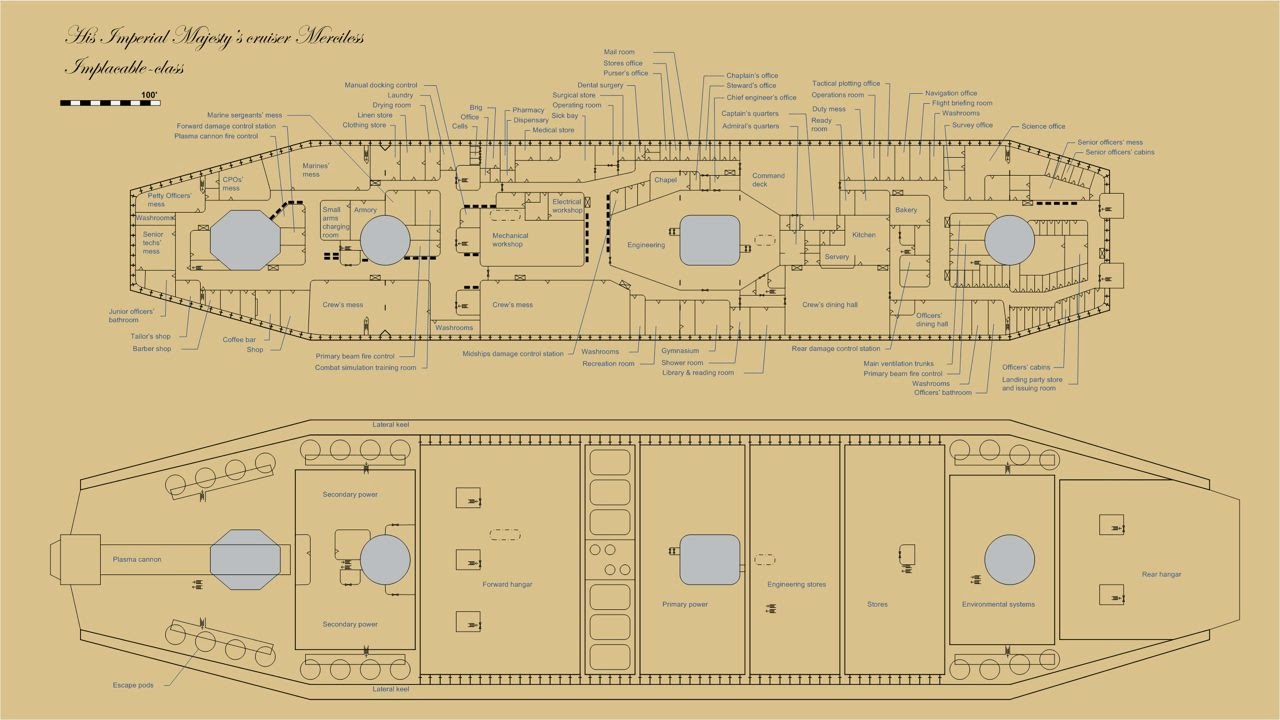