I’ve been away from the blog for the past month - it was a hectic end to June, and then we were camping for the first part of July.

We took off for a much-looked-forward-to break to our usual haunt at Pacific Playgrounds. Going so early in the summer is always a bit chancy, and it wasn’t a good omen to find ourselves at home hitching up in a torrential downpour. By the time we’d got hitched and ready to go, we were all soaked through despite waterproof jackets! Fortunately, by the time we’d driven up-island we’d left the clouds behind. For now! 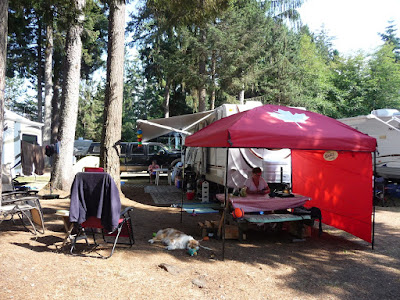 Yes, we had a few days of mixed sun and cloud, and then more rain. Luckily it mostly happened overnight, with sun and cloud during the day, but it did mean we had to be careful to bring everything under cover of the awning each night, just in case. So different from most camping trips, where we’ve been used to just leaving everything out.

On the plus side, this year we managed to have proper camp fires every evening. The first in many years, because by the time we travel there’s usually a fire ban in effect.

Overall, despite the fact that we didn’t have a single cloudless day, we had a good time. There was enough sunshine to let us spend time swimming in the river most days. The only other difference that really bugged us, literally, were the hordes of mosquitoes out on the field where we walked the dogs. By the end of the trip, my legs were covered in bites.

It’s probably a measure of a good camp that we hardly felt the need to leave the campground, other than for groceries and walks along the river and beach - which Ellie and Mishka loved! 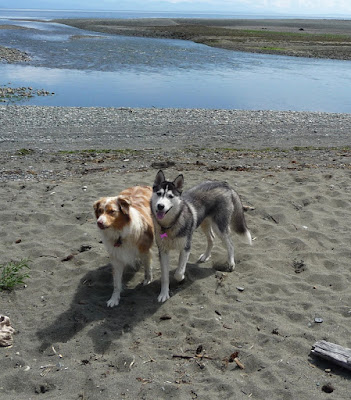 We did make a point of visiting the chainsaw wood carvings up at Campbell River, which we do every year. To give a sense of scale, these carvings are each about 8 or 9 feet tall. 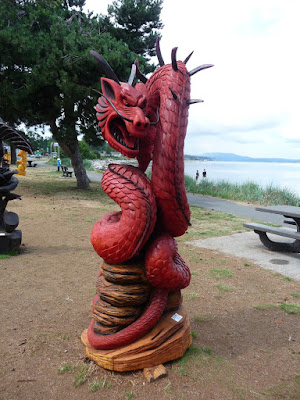 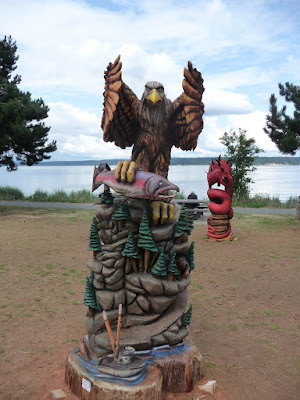 Apart from that, I spent a lot of time on writing - mostly critiques, as I’m putting The Long Dark through the queue on Critique Circle, plus editing Breaking the Block. And Ali has discovered her niche as an artist, doing rock paintings. 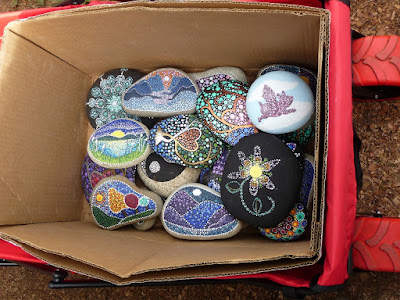